How an immigrant association helped a group of temporary foreign workers on P.E.I.

Blog / How an immigrant association helped a group of temporary foreign workers on P.E.I. 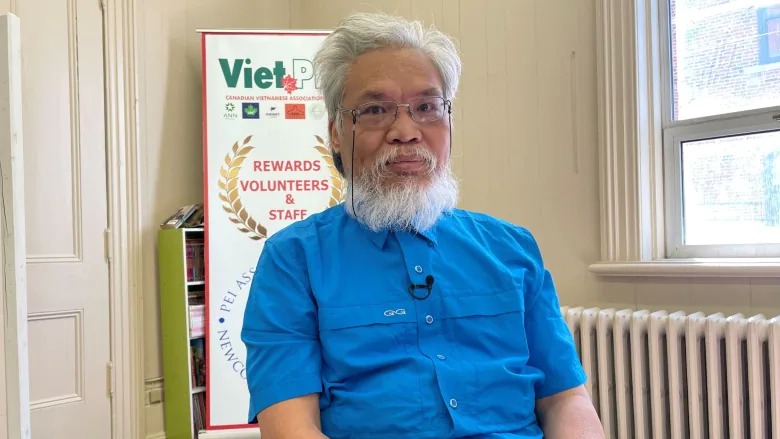 VietPEI president Truong-Chien Ly was confident he would be able to help the temporary foreign workers, even if at first he did not know how. (Kevin Yarr/CBC)

This is part two in a three-part series about a group of temporary foreign workers with a P.E.I. farm company. Links to the stories appear at the bottom of this article.

The workers agreed to have their stories told only if their names and the name of the farm were not shared. They remain concerned about retaliation against their families in their home countries by the recruiting agent in Vietnam, as well as repercussions for the farm’s remaining workers.

VietPEI president Truong-Chien Ly said he is supportive of the temporary foreign worker program, and it looked like the workers in this case would be well looked after.

“It seemed very good for worker,” Ly said of the initial offer of jobs on Prince Edward Island. “But when they come here, it’s not like that.”

Ly said the farm did not pay for everything they promised, and the work offered to the newcomers was “very short term.”

The stories the workers told him were disturbing, involving contractual obligations regarding available work that were not met, and program rules regarding accommodation and transportation ignored. The workers were left struggling to find the money to survive — in at least one case, by collecting discarded bottles to cash in for the deposit money. 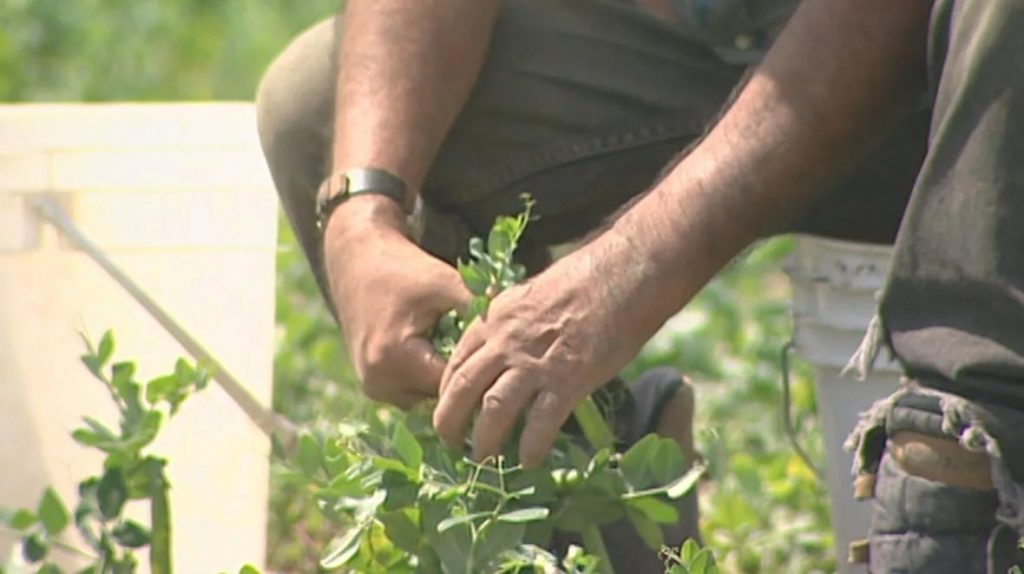 The temporary foreign worker program is critical for Island farms, the P.E.I. Federation of Agriculture says. Workers sponsored under the program make up as much as 40 per cent of Island’s agricultural labour force. (CBC News)

Ly said he didn’t know what he could do about it, but he knew something had to be done.

“Life is a problem, always has problems. But any problem will have some solution,” said Ly.

Ly first turned to the provincial government. While the program for temporary foreign workers is a federal responsibility, Ly said provincial officials were very helpful.

They directed him to the federal government’s open work permit program.

Introduced in 2019, that program releases temporary foreign workers who find themselves in an abusive situation from their obligations to their sponsoring employer. It allows them to seek work for any employer anywhere in Canada. 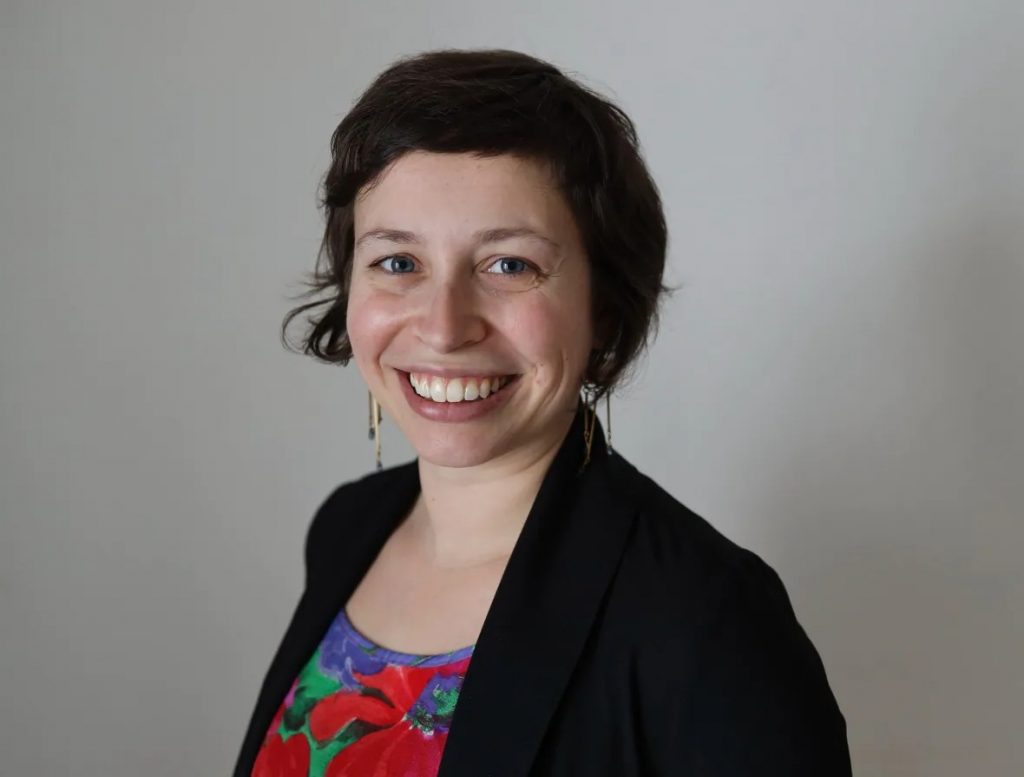 When Eliza MacLauchlan of the Cooper Institute began helping the P.E.I. workers with open work permits, she received assistance from other organizations in Canada familiar with the process. (Submitted by Eliza MacLauchlan)

The provincial officials also suggested the Immigrant and Refugee Services Association of P.E.I. might be able to help with the lengthy application forms. IRSA referred Ly to the Cooper Institute, where the job fell to Eliza MacLauchlan.

The open work permit program operates on a “reasonable grounds to believe” standard, which is something more than suspicion but less than the standard in civil law, involving proof on the balance of probabilities.

“Reasonable grounds to believe” sounds like it might be a relatively low standard for the worker to meet, but MacLauchlan said the process is far from simple.

“These applications are probably like 100, 150 pages, sometimes because we’re trying to give as much evidence as possible,” she said.

Part of the reason the application of an open work permit is more complicated than it first appears is because the stakes are high.

The need to be certain of success adds levels of complication, said MacLauchlan.

“If they put in the application and they do not receive [the permit], it can put them at risk, because an investigation can then happen on the part of Service Canada, and oftentimes an employer can figure out who made that application or who put in a complaint,” she said.

Providing the proper evidence is crucial, which is why the typical application can run between 100 and 150 pages. It’s a daunting task for a migrant worker who is perhaps limited in resources, lacks knowledge of how the Canadian government works, and is possibly not fluent in either of Canada’s official languages.

In filling out its first applications, the Cooper Institute received assistance from other organizations in Canada that were more familiar with the process.

Applications are made online, and the worker will eventually receive a verdict back. In the initial phase, there is no two-way communication, and no agents available to provide guidance.

Before Ly approached to ask for help for these six workers, MacLauchlan had already completed seven successful applications for workers from the same farm.

When MacLauchlan completed the open work permit applications, she noted that there were multiple applications covering the same issues with the same company.

Because each application is online and separate, and may fall onto the desk of a different federal official, this is the only way to ensure that officials know the allegations involve a pattern of behaviour.

This is not the first time Truong-Chien Ly had heard from workers on this particular farm. In 2020, a Vietnamese temporary foreign worker had told him a similar story.

“But that time, maybe they were scared, and they [did] not come back,” said Ly.

But one worker in 2020 did keep trying, and eventually was awarded an open work permit with the help of someone else.

Erica Stanley is a Charlottetown-based immigration consultant, and the worker who came to her in 2020 was looking for help getting permanent residency in Canada. 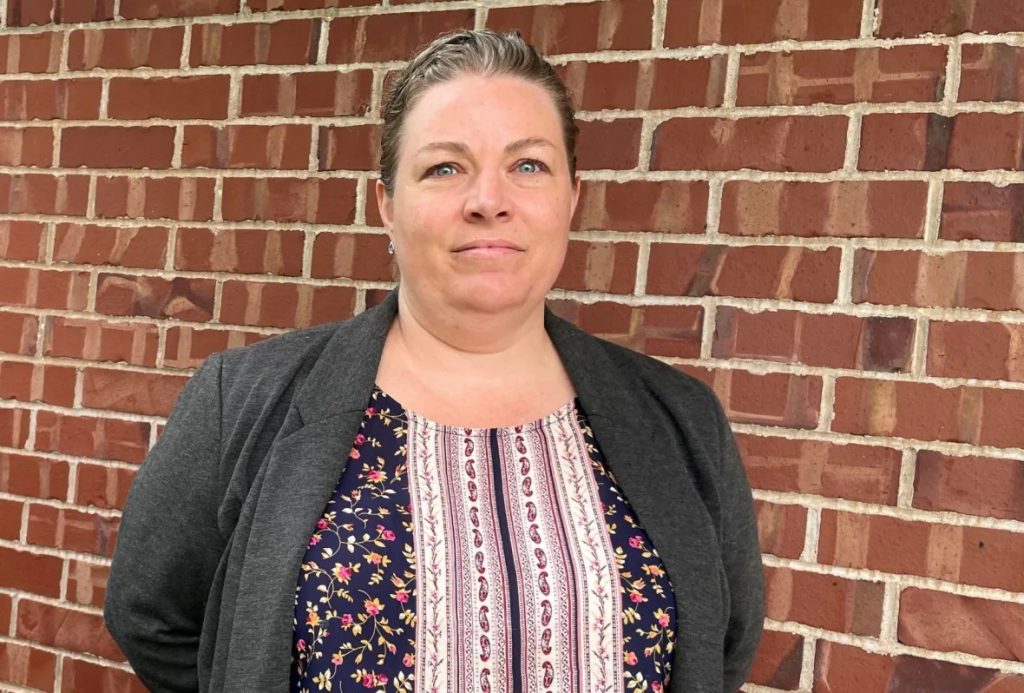 One of the workers Erica Stanley helped was told, ‘We’ll get your pay when we’re able to,’ she said. (Kevin Yarr/CBC)

“As it turned out, there were problems with the application due to issues with the employer,” said Stanley.

Many temporary foreign workers see the program that brings them to Canada as a path to permanent residency, and from there citizenship. There is a requirement for a certain number of hours worked to be listed on the permanent residency application.

But this particular worker had put in hours they had not been paid for, said Stanley.

“There was no reason given. It was just a matter of, ‘Well, we’ll get your pay when we’re able to,'” she said.

“Months would go on without full pay, maybe a paycheque here and there, but there was a lot of money owed by the end.”

No pay, no record of hours

Not receiving pay is obviously bad, but there were further repercussions. The worker had no record of the hours worked but not paid for, she said, and so did not have enough hours for the permanent residency application.

Stanley recommended applying for an open work permit, which the worker did. They were able to provide enough evidence of abuse that the permit was granted, she said.

While the worker was able to find new work, there was no recovering those lost hours for the permanent residency application. 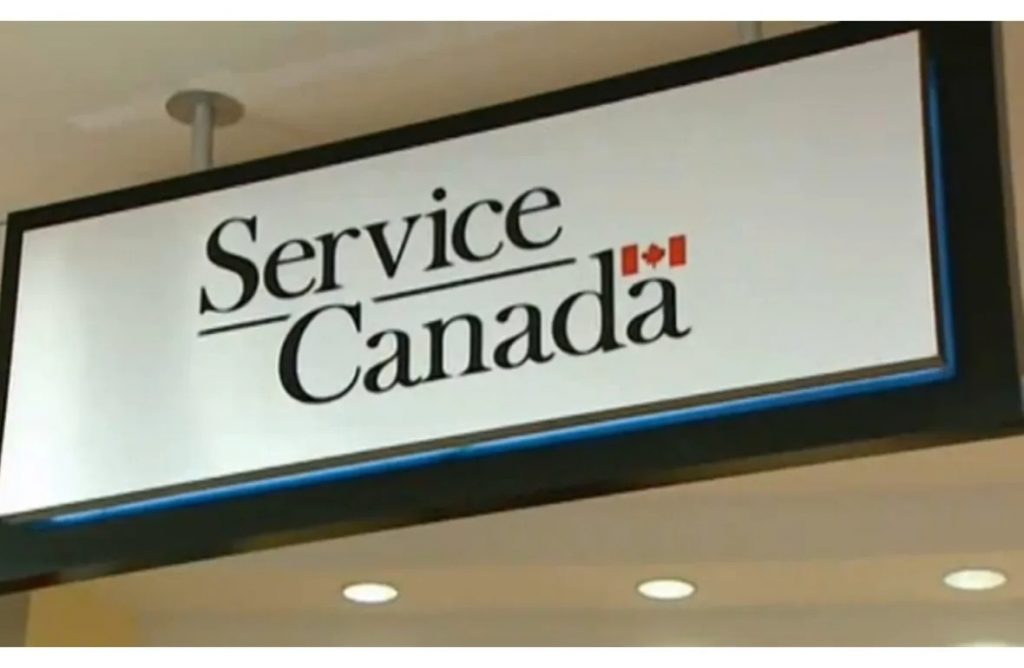 Service Canada is responsible for workplace inspections of temporary foreign worker employers, but there are questions about how effective those inspections are. (CBC)

“Essentially they’re back at square one, having to start all over again and work their required amount of time, required hours, with a new employer,” she said.

Stanley said she has now helped six temporary foreign workers from that farm. With the seven from the Cooper Institute, and the nine this spring, that’s 22 from the same farm business.

Whether some workers at the operation were able to get open work permits on their own, or with help from someone else, is not known.

For context, 1,475 general farm workers came to P.E.I. in 2021 under the temporary foreign workers program, with an additional 85 people coming to be nursery and greenhouse workers.

Neither Ly nor MacLauchlan nor Stanley knows anything about what has gone on at the farm at the centre of this story, apart from the accounts they have been told by workers over the past three years.

The applications they have sent in for open work permits have all been approved, but because the issuing of an open work permit is a private matter between the worker involved and Immigration, Refugees and Citizenship Canada (IRCC), all they get back from those applications is an “approved” or a “not approved.”

They don’t know if there have been any repercussions for the farm.

Even if there have been federal inspections, MacLauchlan is concerned about how effective they can be.

“We are uncertain about how much critical information they are able to gather, because when they arrive there, they are coming announced,” she said.

“They are also saying why they are coming, so they will say there has been a complaint received on the reporting abuse tool.”

But because they keep getting requests for help, these advocates do know one thing. The farm has continued to be allowed to bring in temporary foreign workers.

“It is quite shocking,” said MacLauchlan. “There are most likely still workers there, that are also still in very vulnerable situations and just may not have the contacts or support just yet in order to be out of that situation.”

It’s a situation that hurts workers in both the short and long term.

“People’s lives are being held up and unjustly set back,” said Stanley.

“It keeps happening, so I hope that the powers that be will intervene and make sure that our workers are not abused in this way, or any way, anymore.”

Ly finds it unfair that these workers, who are often coming from vulnerable situations in their home countries, should be placed in a vulnerable position again in Canada.

“Usually those workers are poor people, so it’s difficult, in their life, to make a big investment [to come to Canada],” he said. “The employer, they should keep what they promised.”

This is the second story in a three-part series.

Kevin Yarr is the early morning web journalist at CBC P.E.I. Kevin has a specialty in data journalism, and how statistics relate to the changing lives of Islanders. He has a BSc and a BA from Dalhousie University, and studied journalism at Holland College in Charlottetown. You can reach him at kevin.yarr@cbc.ca. 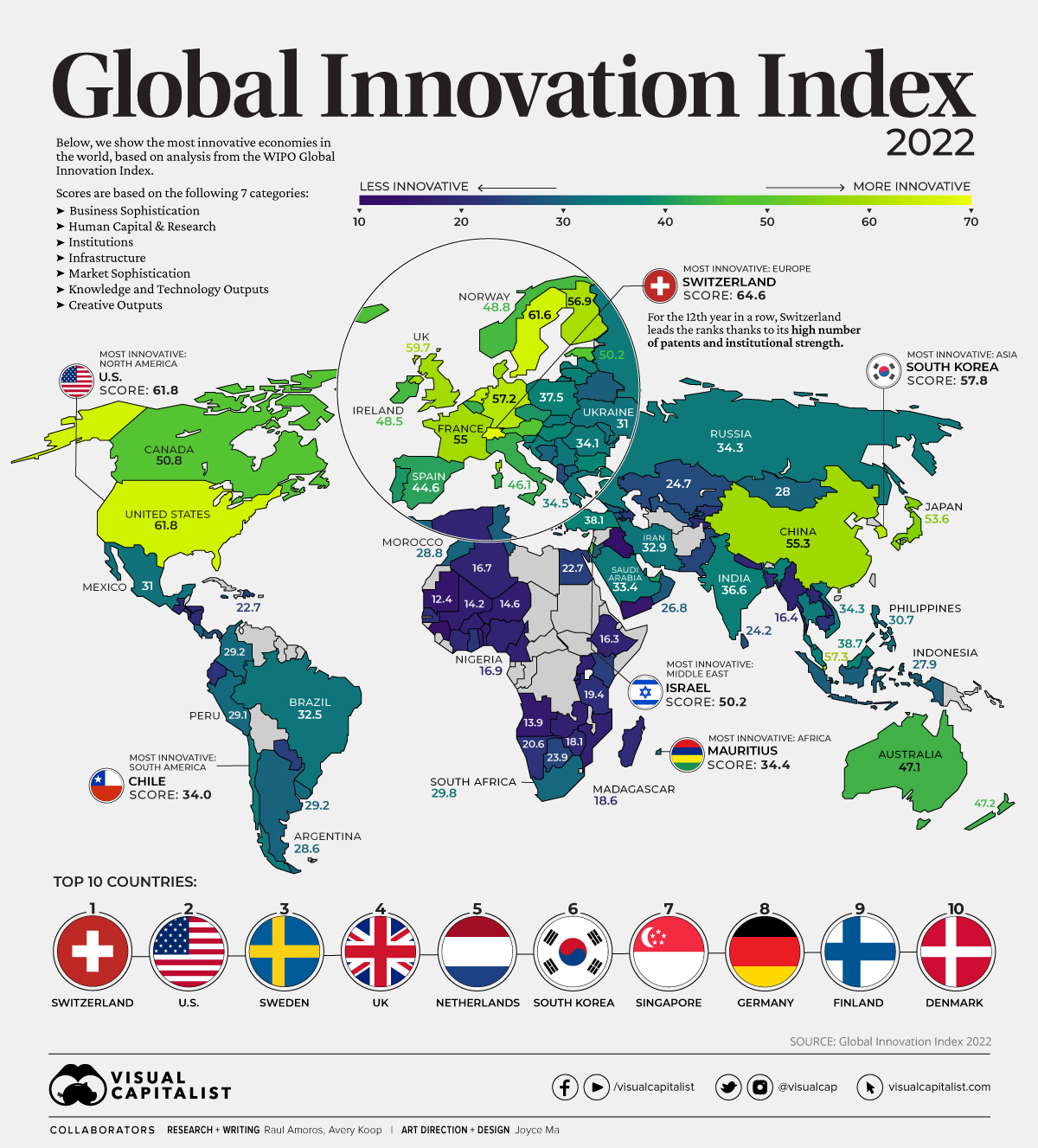 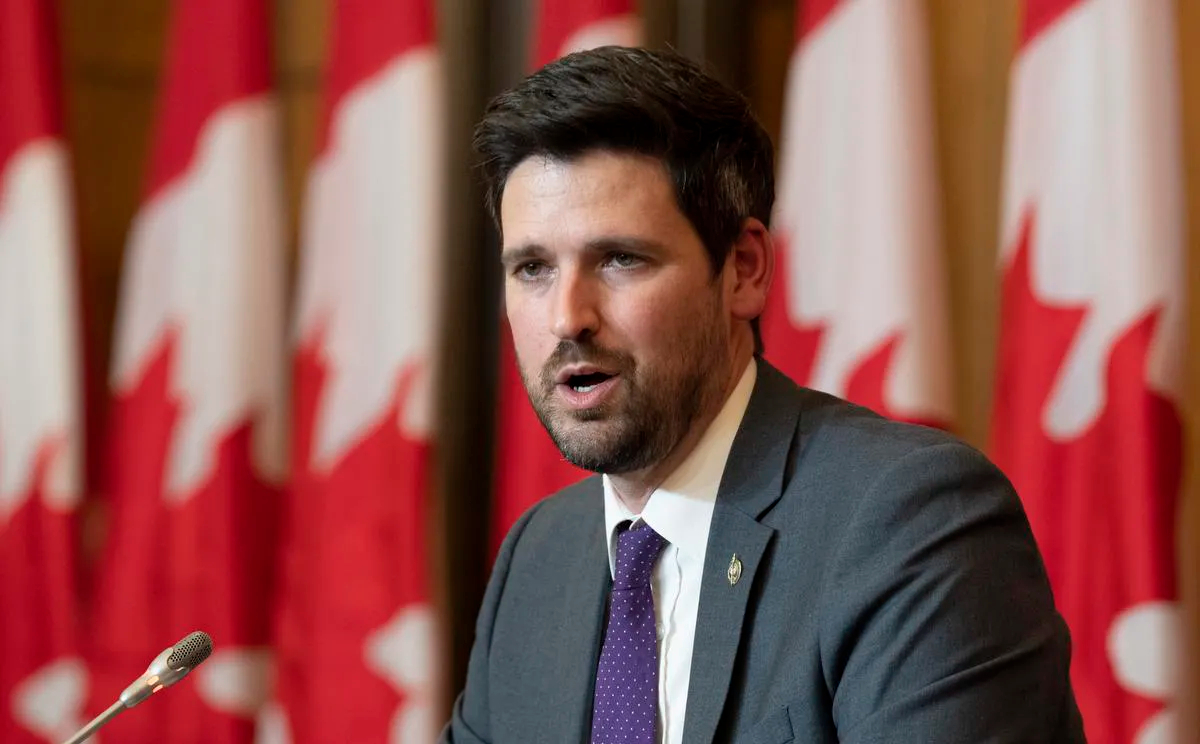 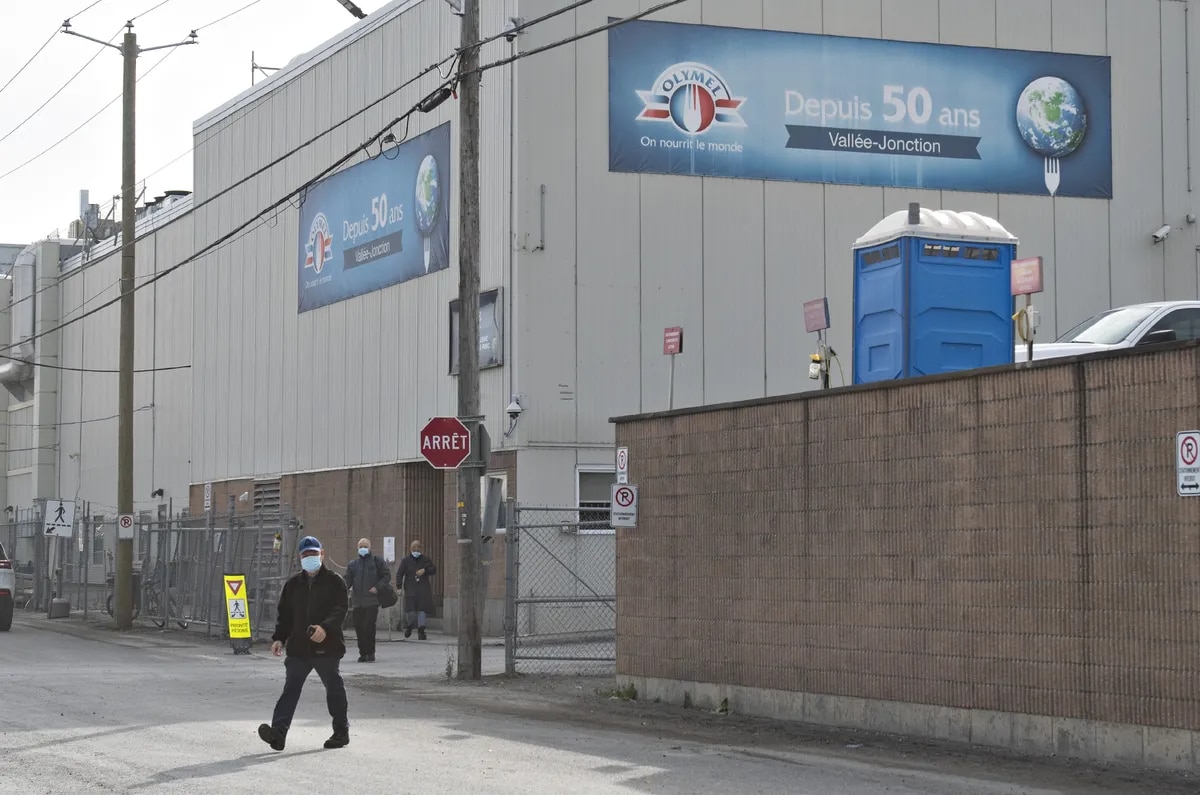